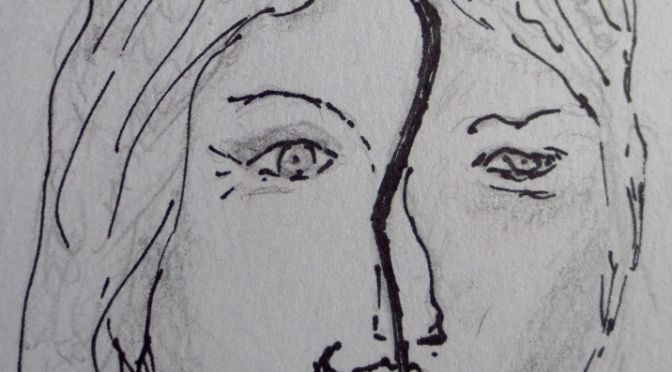 About fourteen months before I made the move to Mozambique I had a revelation about my situation after another no-win altercation with my spouse. In a flash I understood the full import of my situation, how I had been manipulated through his need for control and dominance, while taking absolutely no responsibility as a husband, and I was devastated. This realisation didn’t focus on my spouse alone, but on what I had become as a result of living in an unhealthy relationship for twenty five years.

Before I continue, I must emphasise that the purpose of this blog is not to heap condemnation or pass judgement on someone who is unable to defend themselves, but I need to visit the situation honestly if I am to fill the mandate of assisting others on their journeys to healing. I am not the only person to have lived with someone who was less than ideal, and, truthfully, I have to shoulder my share of the blame for how I responded to the imperfections of my marriage, as will you, regardless of the possible unfairness of your situation.

The permutations of the relationship were complicated, and there is no need for minute detail, but at the heart was the desire for domination by whatever means, and for some perverse reason to constantly undermine and denigrate, to always keep me off-balance and insecure. Sound familiar? That which we fear, we attract? Maybe.

The result of the altercation was that I finally understood three things:

What followed fast on the heels of this revelation, was what I had become over the years, and it was not a pretty picture. In my desperation to find approval, I had become a strident perfectionist, frequently criticising others for not matching up to my standard, while at the same time needing constant approval for everything I did. I am good with words and I used to them to cruelly cut many a good person, including my sons, to shreds time and again.

It was horrible, seeing my sin in such stark reality. I cringed each time I read references to the damage my words had caused:

To name but a couple. I had been so busy feeling justified in my sin because of all the words that had been spoken over me, that I was oblivious to the fact that I was meting out the same punishment. The bible talks of being “scourged by words”, and as much as physical flaying leaves lasting scars on a person’s back, so do words leave scars in the soul of the hearer.

I was wounded, yes, but that did not give me the right to wound in return. As the Christian partner, I felt that my sin was more serious, because I knew better, or certainly should have. I had to repent deeply and then make amends. I made a list of all the people that came to mind, and wrote to them to apologise and ask forgiveness. I wrote because I felt it was important to have a record, for them as much as me. I did also meet with some friends to apologise and seek forgiveness in person.

The answer to my pain, if I had only thought to seek for it, is found in Job 5v21: “You shall be hidden from the scourge of the tongue.” It is strange how you miss these gems when you are focussed inwards, instead of upwards.

That wasn’t the end. I would love to tell you that my words became loving and gentle, that overnight my speech was full of grace and edifying. That would be a lie. It is easier to watch what I say, but I still have to ask the Lord for that guard over my mouth each day, for help to ensure my speech is seasoned with salt and not chili. But learning to speak the right words is not just being conscious of what comes out of your mouth. It goes much deeper.

Jesus said in Mathew 15v11: “Not what goes into a man defiles a man; but what comes out the mouth, this defiles a man.”

And again in verse 18: “But those things which proceed out of the mouth come from the heart, and they defile a man.”

In the face of years of evidence to the contrary, having seen my sin for what it was, repented, been forgiven, I was determined to walk in the light of what I now saw as my aberrant behaviour. I believed that my husband would see a new me, my sons would see the new me, and suddenly everything would be alright. I look back now, and wonder what magic wand I expected the Lord to wave, to make ‘everything alright’ simply because I had repented, and said ‘sorry’. Such arrogance, which I will deal with later.

For the next fourteen months, once again in my own strength, I tried to be little miss perfect, refusing to rise to any bait, walking out of the room when I wanted to respond to barbs, swallowing my retorts, smiling through gritted teeth. No wonder I had burn out.

Sometimes we have to accept that situations are what they are, and that we cannot change them. It is only the Lord who is able to draw the hearts and speak to the minds of men. Yes, we can be possessed of a quiet and gentle spirit, which may facilitate the Lord’s drawing, we can endure patiently, and be as kind as can be, but we are not God, and we cannot do His job for Him. And it is His job, and His alone to draw those He has chosen. Not mine, not yours. Our role is to do His will, as He directs, and in His strength, not in our understanding of His strength.

It was a long time before I understood this.

Words are creative, and we are told this from the beginning of Scripture, where God spoke, and it was done. They are powerful, for both good and evil. We are told by Jesus, again in Mathew 12 v 37, “…by our words we will be condemned.”

No matter how tough your situation is, no matter how you hurt, if you do not allow the Lord to change your heart, your pain will be that much greater. Yes, I repented, but in my heart, the old resentment simmered, that root of bitterness grew in the dark recesses, and it had to be dealt with.

It wasn’t, and isn’t, enough to simply watch what you say.

Don’t be afraid to allow the Lord to look into your heart today, and let Him do the work of healing, taking your hurt, and resentment and bitterness. He understands as no other can, how those black spots came to be there, and He died so that they could go to His account, and leave you free to walk tall in His love.

I think forgiveness is often a struggle, and one day crying out to the Lord, “How, Lord, how do I let this go?” His answer was simply, “Because I love you so much, you can afford to share some of it, even with those who have spitefully used you.”